After St. Maarten and St. Kitts we came to the island of Guadalupe. Guadalupe is a French island. The people speak French, the signs are in French and, unfortunately, I do not read or speak French. I wish I had something nice to say about Guadalupe, but our experience (which was not unique we later found after speaking to other cruisers) was one of frustration and annoyance.

We got off the boat and while there were taxi drivers to take us places, they only wanted to speak French and the prices were outrageous! One driver said $150 to take two people 30 minutes across the island to a botanical garden. For comparison, the previous day on St. Kitts Chris and I paid about $40 total for a taxi tour that lasted about 5 hours. Ridiculous. We tried to negotiate with the drivers, but they still wanted $60 for a 15 minute drive to the nearest beach and they would only go for 2 hours.  Very frustrating.

We headed off to walk into the town a bit. We found a plaza area with a spice market, which was cool, but everyone spoke French and didn't/wouldn't speak English so we couldn't engage with anyone. Ultimately, we ended up going back to the ship. We didn't spend a single cent in Guadalupe, which is too bad for them. Instead, we spent the day by the pool on the ship. It turned out to be a lovely day. 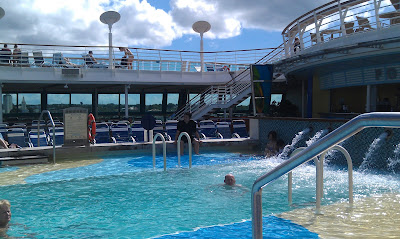 We had been brought breakfast in our room that morning, which turned out to be a massive amount of food including a fruit platter, cheese platter, pastry platter, plus the breakfasts we actually ordered. We ended up bringing the fruit/cheese and pastry platter to the pool with us and snacking on those during the day.

Later it was time for nap, dinner and bed.

Next up was our final destination, Heaven on Earth, the amazing island of Barbados. Chris had scheduled another dive for Barbados so after we got off the boat we caught a cab to the Hilton where the dive shop was located. He checked in with them and I went and found myself a beach chair. 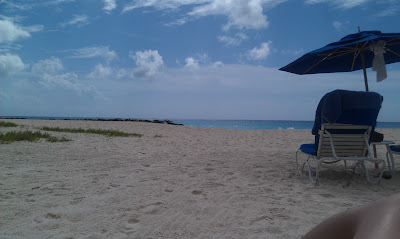 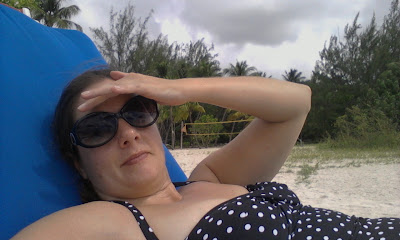 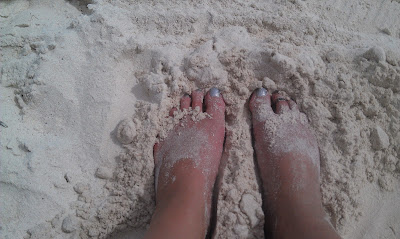 The weather in Barbados was a little stormy. It was still 85 degrees out, hot and mostly sunny, but we had a few tropical rain showers come through as well. I didn't mind. It was kind of refreshing although it was very humid after the rain. I hung out on the beach and played in the water at the Hilton until Chris came back from his dive. Then we headed to The Boatyard, a very cool beach bar that we spent the entire day at last time we were in Barbados.

For $12 a person at The Boatyard you get beach chairs and umbrella, free transport back to the ship, use of all of their water equipment (trampoline, rope swing, etc), and a free drink. They have great music, friendly staff, and super cheap happy hour rum drinks.

We had some lunch and cocktails, then spent the rest of the afternoon relaxing on the beach in Barbados. 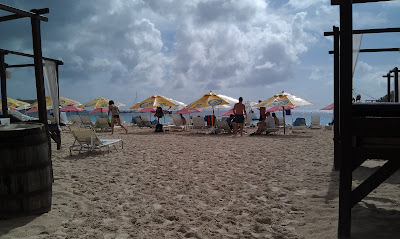 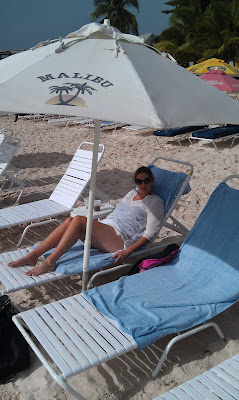 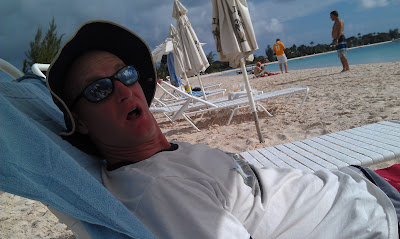 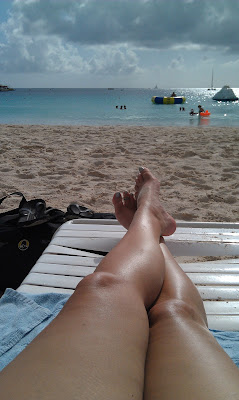 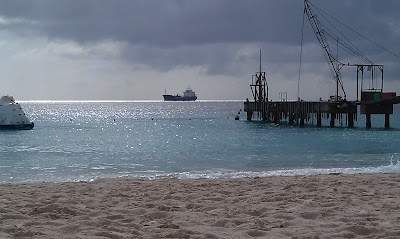 If you are ever in Barbados I can't recommend The Boatyard enough!

Late in the afternoon we headed back to the ship, did a little shopping and then stopped for a couple of photos. Chris was going to take a picture of me in front of the ship but these nice guys stopped and took a picture of both of us together. They told us to kiss...and I the resulting picture I just love it!! 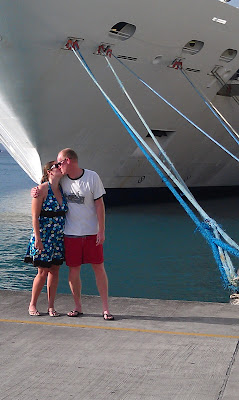 We also took this one: 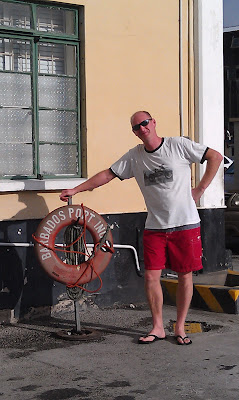 When you get off the boat at each island they want to take your picture...sometimes with a pirate but often with a life ring that says the name of the place you are at. Of course, those life rings are white and pretty and meant for photos. This is a real life ring and we thought it was funny to take a picture with it instead.

Back on the ship it was time for a shower and a nap. It was formal night again, so we got fancied up and headed out to dinner. 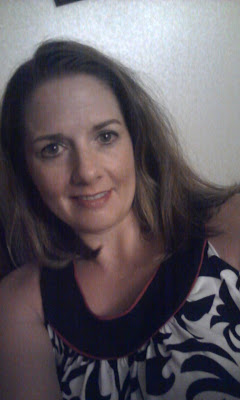 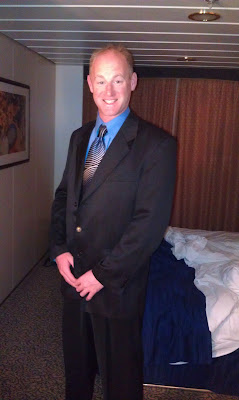 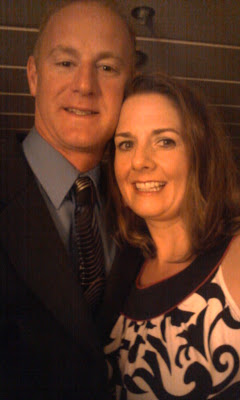 We really did a horrible job this time of taking good formal night pictures. Oh well. Dinner was delicious and then it was time to head back to our room.

The last day of the cruise was spent at sea getting back to Puerto Rico. We were off the boat with the first group of people because we *thought* we had a 9:30 flight. Turns out that sometime in September our flight had been rescheduled until noonish. I had no idea. I guess they sent me an email but I never saw it. They did have a flight out at 9 something and we still had time to make that, so American Airlines was kind enough to put us on that flight. It meant a loooong layover in Dallas, but we didn't care. We would rather have a long layover in the Dallas Fort Worth airport than the Puerto Rico airport.

Our long layover ended up being an overnight layover. American had overbooked their flights and because it was the busy pre-Christmas weekend they asked for volunteers to take later flights or a flight the next day. Chris and I had no rush to get home so we decided to take American up on their offer and take a flight the next morning. They gave us travel vouchers for a future flight, put us up in a nice hotel and bought us dinner.

All in all it worked out very well because we would have gotten home very late and had to drive over the snowy, stormy passes in the dark. As it was, we landed in Sacramento on Sunday around noon and were able to drive home in the daylight. It was a long and yucky drive, but eventually we made it safe and sound. 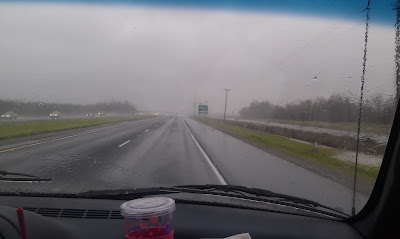 Quite the difference from white sandy beaches, eh?

And so, another glorious, sun-filled vacation comes to an end. We had a fabulous time. Chris and I agree this vacation was probably one of the best we have ever taken.

Now, where should we go to next??
Posted by Corrie Beebe at 2:00 PM