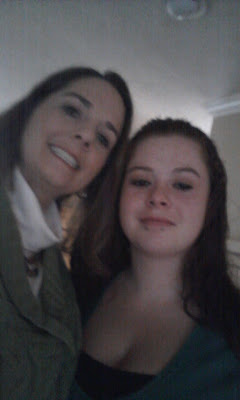 First of all...I have to apologize for some of the really poor quality pictures. My cameras were on strike this last week and were refusing to cooperate with me.

My Thanksgiving started out with picking up my beautiful niece from the airport! YAY! So exciting. :-)

We ran some errands, had lunch and came home to start the prep work.

We decided to make a pumpkin cheesecake instead of the traditional pumpkin pie. (Please don't shoot me, but I'm not really a pumpkin pie fan.) 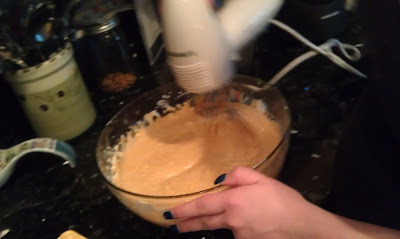 I put Shanelle to work making the cheesecake. She and I have always played in the kitchen together. She takes after the rest of the family, her mom included, and is a great cook! 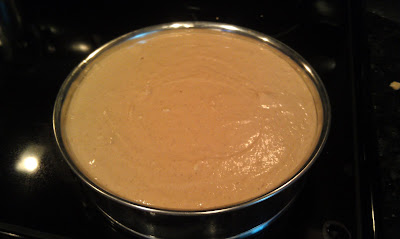 Ready for the oven!

Thursday morning brought the arrival of my brother and the process of getting the food ready for the day. I had done a bunch of prep work with Shanelle the day before, and used my triple crock pot to make cranberry sauce in and to hold the mashed potatoes warm all day. I made the mashed potatoes in the morning and they were still nice and hot later in the afternoon. I didn't have to rush around with the potatoes at the end. I liked that and will definitely do that again next year.

Everything went well food-wise. I did turn off the oven when I pulled the turkey out and then couldn't figure out what was taking the green bean casserole so long to heat up...but that was easily rectified.

I didn't go overboard on the food. There were only four of us so I didn't feel like I needed to feed an army.

Much of the day looked like this as we watched football and played Draw Something on our phones with each other. 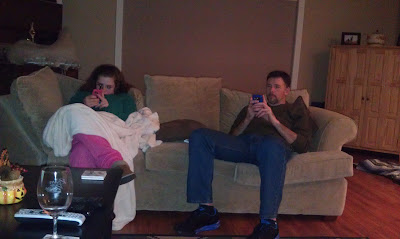 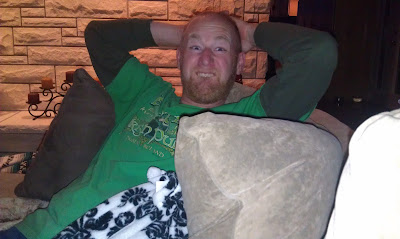 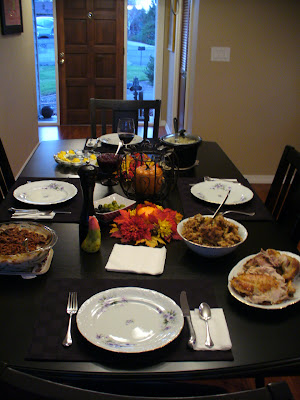 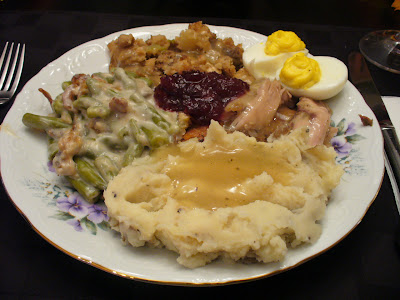 We also decided to take some pictures. That turned out to be hilarious because Chris was not cooperating, my cameras hate me, and we are silly people. Here are some of the outtakes: 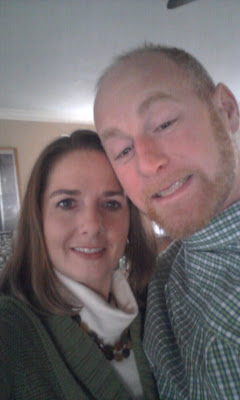 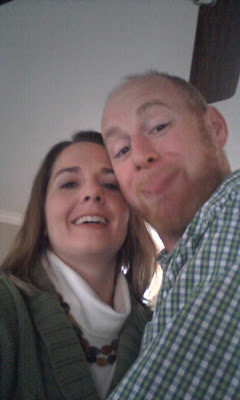 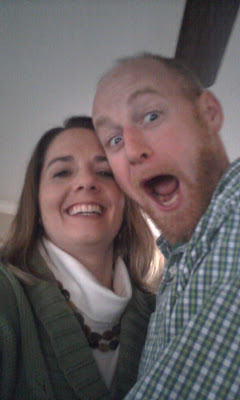 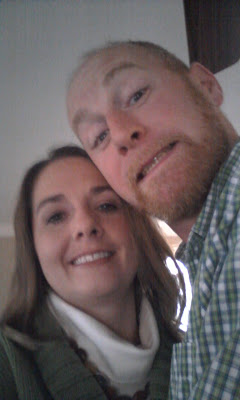 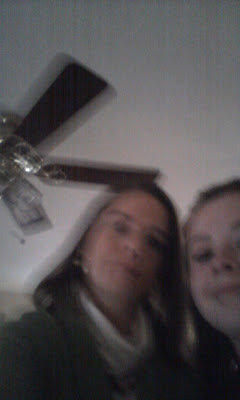 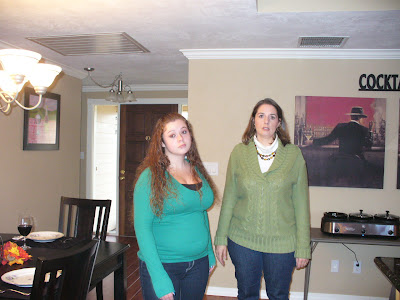 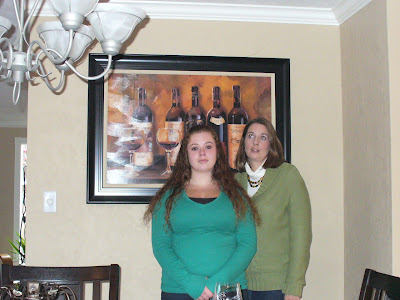 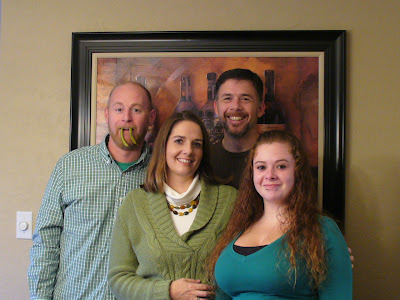 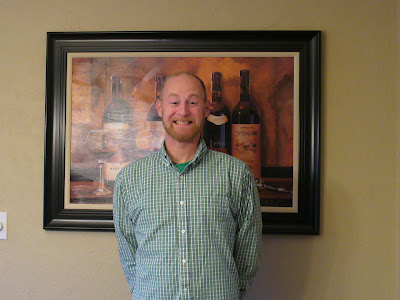 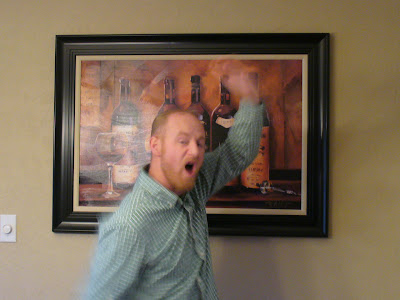 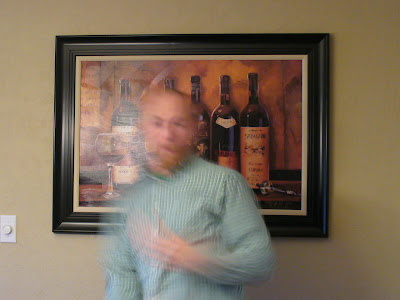 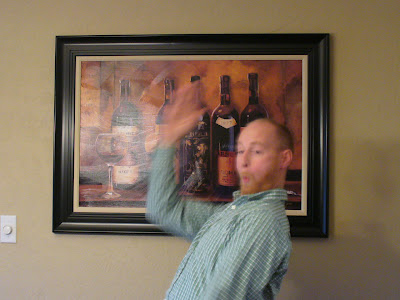 We did snuggle with the kitties, though. 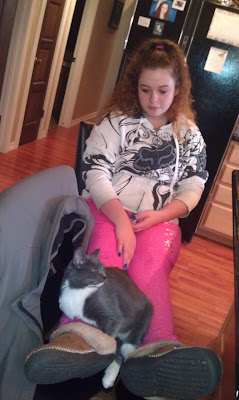 Roscoe got some whipped cream on his nose. 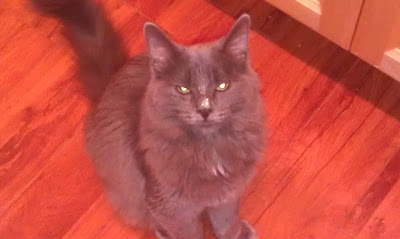 Uncle Chris was being silly...AGAIN! 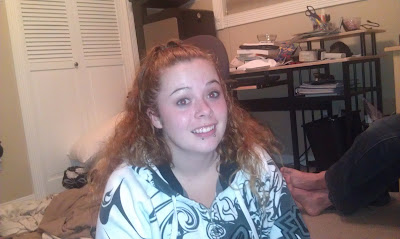 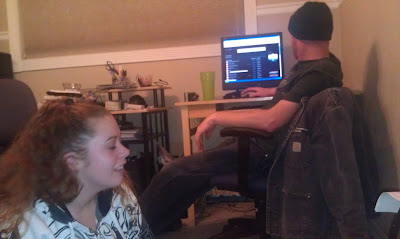 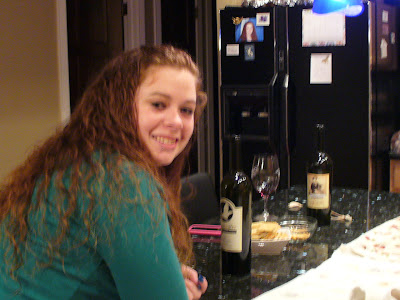 I really wish that last picture wasn't fuzzy...cuz it is a great picture of my beautiful girl.

Thanksgiving is over, and I am back to frantically working to get my homework done, clean my house and get ready for the end of the school year. It was so great to see my Shanelle and my brother for the holiday.