Last year my friend Emily Segal over at Triumph Wellness organized Team Triumph with the challenge for participants to sign up for and complete any kind of race event sometime in the next 12 months. I agreed to participate and immediately signed up for the Helvetia Half Marathon on June 9, 2012. I had over half a year to prepare. I originally planned to run it. And then life happened. 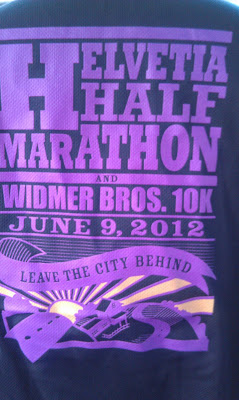 I started with good intentions in January by getting outside in the good weather and spending time on my feet. 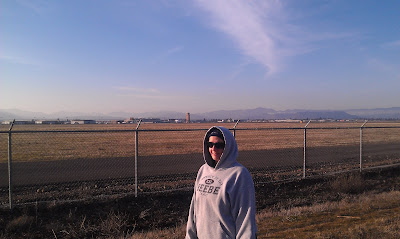 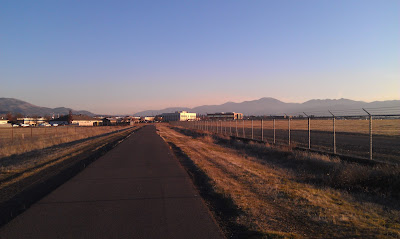 Then Winter Term at school started in full swing. I was taking 5 classes. The weather was still frequently dark, cold and miserable. I was studying all the time. I still tried to get outside to spend some time training, even working up to 1 minute walk/jog intervals at one point. But as the term wore on and I realized that I was not going to be able to put forth the time necessary to train to run 13.1 miles the way I thought I should.

I seriously considered just quitting and not doing the event, even though I had already signed up.

And then I remembered Team Triumph. I had made a commitment to do an event. I had told all of you about it, told facebook about it, put it on twitter and had invited a bunch of friends to do it with me! I couldn't quit! But, it was apparent that I wasn't going to be able to run it.

I could walk it though. I could easily already walk 6-7 miles without too much difficulty, so there was already a base level of distance there. All I needed to do was increase my distance. I wasn't doing it for speed. All I wanted was to finish in less than four hours. Spring Term started and I was only taking four classes. They were still fairly work heavy, but I made a commitment and I found time during my week to get in at least one long walk. Some weeks I did two or three, but I felt that if I got at least one long walk in per week I would be ready. As the race crept closer I increased my distance in earnest. 7+, 8+ and 10+ miles...then a taper week with a short hour long walk then...RACE DAY! 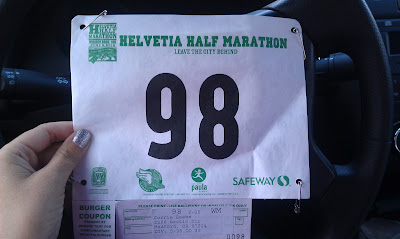 I walked 13.1 miles in just shy of 4 hours (3:52 something) with my friends Kelsey, Ann and Shorey. Kelsey walked much faster than Ann, Shorey or myself, so she finished in 3:18! We had a great time together, laughing and motivating people around us. The scenery was gorgeous and the weather was perfect! Slightly overcast with sun breaks and only two drops of rain at mile 12.

We took lots of pictures, laughed much and kept each other energized. Here are some of our pics: 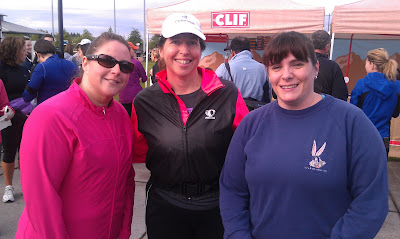 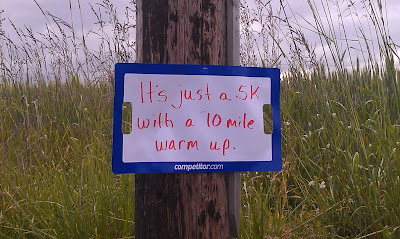 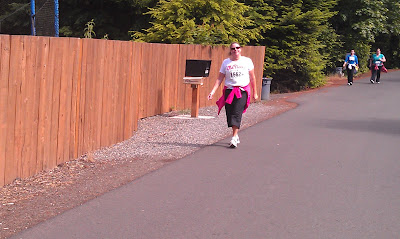 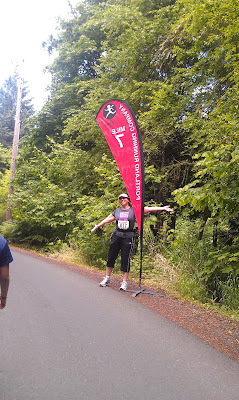 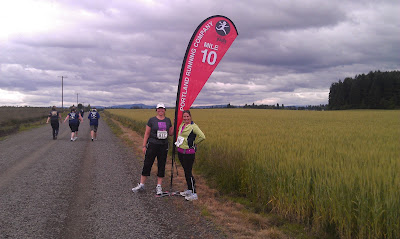 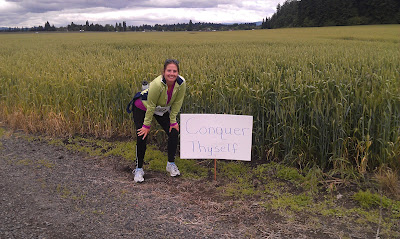 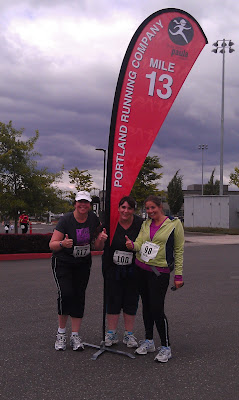 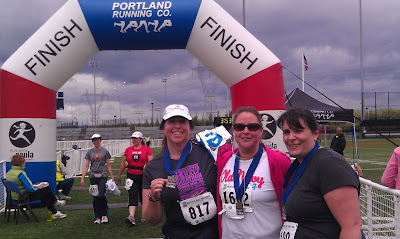 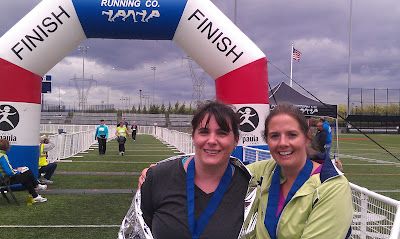 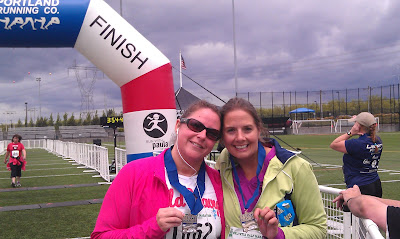 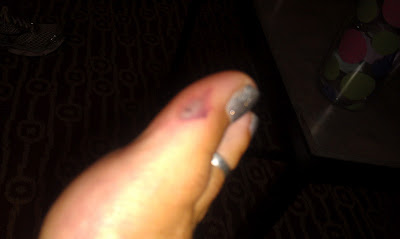 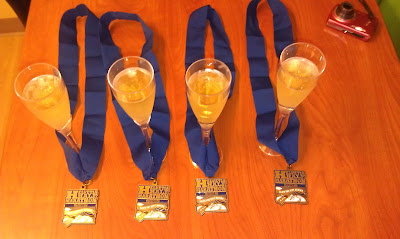 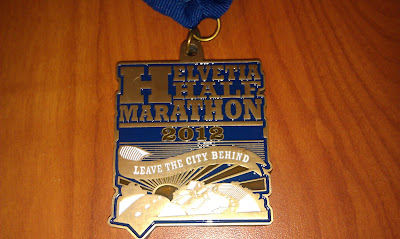 We did it! YAY! Ann was staying in a great hotel with a lovely jacuzzi, so after the race we went there and toasted each other and our own success with a glass of champagne and a soak in the jacuzzi. It was a great way to end the event and certainly helped with the sore muscles!

I feel grateful to Emily for encouraging me to do another half marathon. I am so proud of myself and my friends. My body was sore Sunday, but I wasn't in pain. I had a lovely massage and chiropractic adjustment Monday and was back to feeling great!

I am Triumphant!
Posted by Corrie Beebe at 8:00 AM