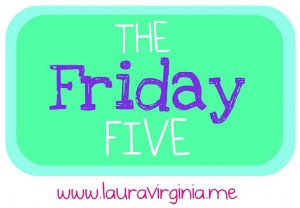 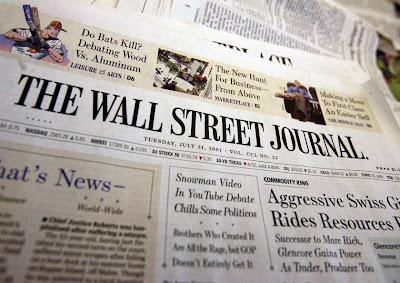 One of the benefits of my college education is that my blog readers get to share in some of the things I find most interesting about my learning experience. Two of my classes for the summer require reading of The Wall Stree Journal as part of the curriculum. I now have an 8 week subscription and will be reading (parts) of the paper each week and writing up various essays about articles I read. I'm specifically focusing on articles relating to business ethics (no shortage of material there!) and articles relating to cultural conflicts. I haven't read an actual newspaper in a very long time as I get my daily news online, and I can see why newspapers are struggling. In the age of instant news availability (regardless of accuracy, right CNN & FOX News??) a newspaper as soon as it's printed is "out of date." An example is from yesterday's paper. One of the "What's News" features was that the Supreme Court was going to rule on health care reform. By the time my paper was delivered in the afternoon the ruling had already occurred and not only had I read about the ruling, but I had read several articles about Justice John Roberts and his role in the final decision. The headline on today's paper is that the court backed Obama on healthcare. This is old news today! We have moved on to some other news. Anyway, what I'm reading is The Wall Street Journal.

2. What I'm Listening To

I should change this one to something else this week because I haven't really been listening to anything all that interesting. In the car I listen to SiriusXM 80's on 8 or 90's on 9, which seriously bring back some memories! Yesterday I heard this song:

"...reporter Greg Barker travels to the Middle East to examine the rise of Arab satellite TV channels and their impact on the "war of ideas" at a time of convulsive change and conflict in the region. His report focuses on the growing influence of Al Jazeera, and the controversy around the recent launch of Al Jazeera English, which U.S. satellite and cable companies have declined to carry. Barker also visits the "war room" of the State Department's Rapid Response Unit, which monitors Arab media 24 hours a day, and meets with U.S. military officers whose mission is to engage the Arab news channels in debate."

This one I couldn't find on YouTube, but you can access the 15 minute video from the link above.

"At a time when fair and accurate news coverage is more essential than ever, 2006 marked one of the deadliest years on record for journalists. Surprisingly, despite the fierce fighting in Iraq, most of the slain journalists did not die in combat. They were deliberately targeted, hunted down, and murdered for investigating corruption, crime, or human rights abuses in countries around the world. In Requiem, FRONTLINE/World essayist Sheila Coronel looks at the dangers journalists confront as they try to tell their stories and pays special tribute to reporters working in the Philippines, Russia, Turkey, Zimbabwe, China and Iraq who have been killed, jailed, or exiled for daring to speak truth to power."

These, too, are part of a class I'm taking. I found them to be fascinating. For those that think the media portrays an unbiased view of what is happening in the world I encourage you to view the first video in particular. Yes, it is fairly long at 40 minutes, but it is a fascinating view on the world we don't get to see here in the United States. And remember, the majority of the news we see is actually propaganda. Interesting stuff!

Enough of the heavy! Let's get on to the food!

Who loves onion rings?? I love onion rings, especially when they are really good!! Last weekend Chris and I stopped at Ken's Roadside Cafe in Canyonville. It is a greasy burger joint with super delicious onion rings. SO GOOD!! I don't often eat onion rings, but once in a while they are an awesome part of that 10% indulgence in my diet. Yummmmmm!

This is fresh herbs frozen in olive oil...just add to a pan when ready to use! This is a great way to preserve your fresh herbs!

And just because she is adorables here is bonus # 6! 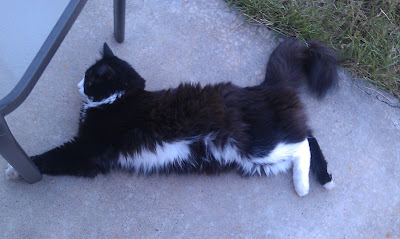